Two weeks before his wedding, Tom Roland is sent abroad for a very important job. He couldn’t say no if he wanted to be promoted.

Unconscious, he woke up on an island beach. “What happened? Where am I?” he asked himself. Would he be alone there?

Now, he must build a raft to go away from there and be in time for his wedding.

You handle Tom Roland and he has to get four mandatory objects to go away from the island:

Probably some of the objects he has to look for are in the island cannibal’s huts (it seems Tom is not alone). Tom will have to be very careful because they are anxious to eat fresh meat. And very possibly too, the huts are closed, but he could be granted access if he finds the correct key that opens the door individual hut’s door.

Tom is faster than cannibals, but they are stronger than him. So, if they catch him, he will have failed in his mission, he will never see his beloved girlfriend again and worst of all, the cannibals will eat him.

Also, there are a lot of camouflaged snakes that if they bite Tom, he will lose energy and hydration.

He can find some objects that will help him on his mission:

The saws and sickles will be useless after using them because they are of poor quality.

Also, there are other objects that Tom doesn’t keep in his backpack (why? Tom prefers to consume them instantly):

The game ends when:

Lives? Who has several lives? Cats. You can consider each envelope as an extra life, and there are a lot of them on the island.

Points? Who wants points where life is in danger? Get the goal in the shortest time possible, take a photo and share it with #CastawayACPC.

You can use the joystick or keyboard.

You can move Tom up, down, left, or right and turn him in one of those directions. You can also make Tom change objects.

To move him in one direction press the key corresponding to the direction.

To turn him in one direction press Fire and the key corresponding to the direction.

To exchange objects you have to place Tom next to the object and looking at it and then press Fire.

The default keys are the cursor keys for directions and the space bar as Fire.

If you don't like that combination you can redefine the keys.

To pause the game press ESC, and then any key to continue, or ESC again to leave the game.

TAPE: Rewind the tape, type RUN", press ENTER and PLAY, and then any key.

Once the game is loaded press:

This game has been developed by:

According to the CPC Retrodev rules, we included a gesture to Larcena's Legacy, and the best gesture could not be other than an envelope.

Tom can find several envelopes on the ground. He can pick it up or exchange it with another object in his backpack.

And once caught they are indicated with this icon:

In order to download this game you must purchase it at or above the minimum price of $1.49 USD. You will get access to the following files:

Thank you very much!

You have to play more still, and you will like it more.

Congrats Gallegux! Excellent game ! Team T is welcome to the Amstrad scene (even when at least two of their components were already part of it!)

Yes, you are right, Brundij and me are rookies.

We hope to have good ideas to carry out.

I have just watched your video on YT. Please, read the manual, you'll know how to play well ;)

Thank you very much!

I hope you enjoyed 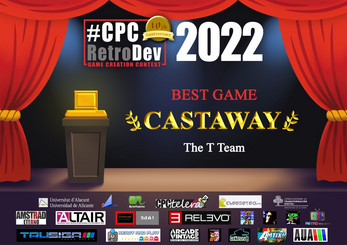 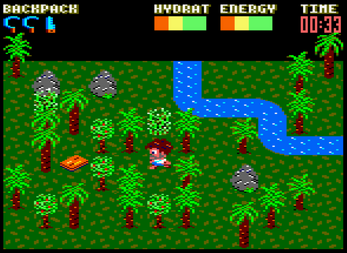 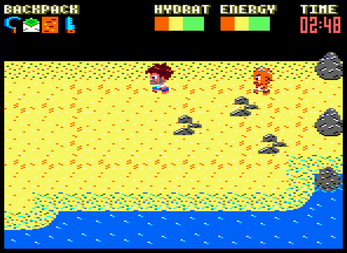 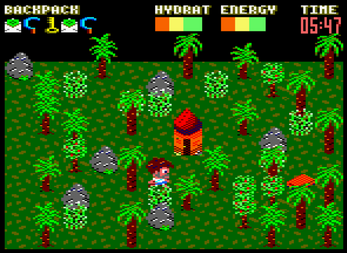 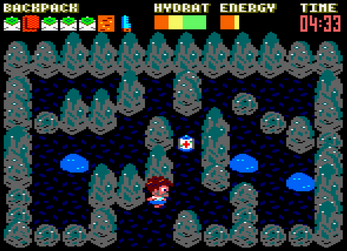 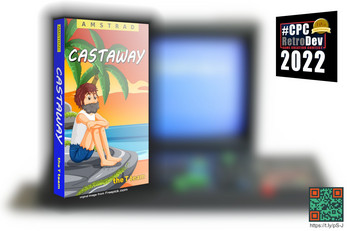